Four years ago this month, Dr. Paul Kovalski completed a 30-year journey to visit all the national parks. The dentist from Marlboro, New Jersey saved for last a park in his home state — Paterson Great Falls National Historical Park. It was his 413th different national park. 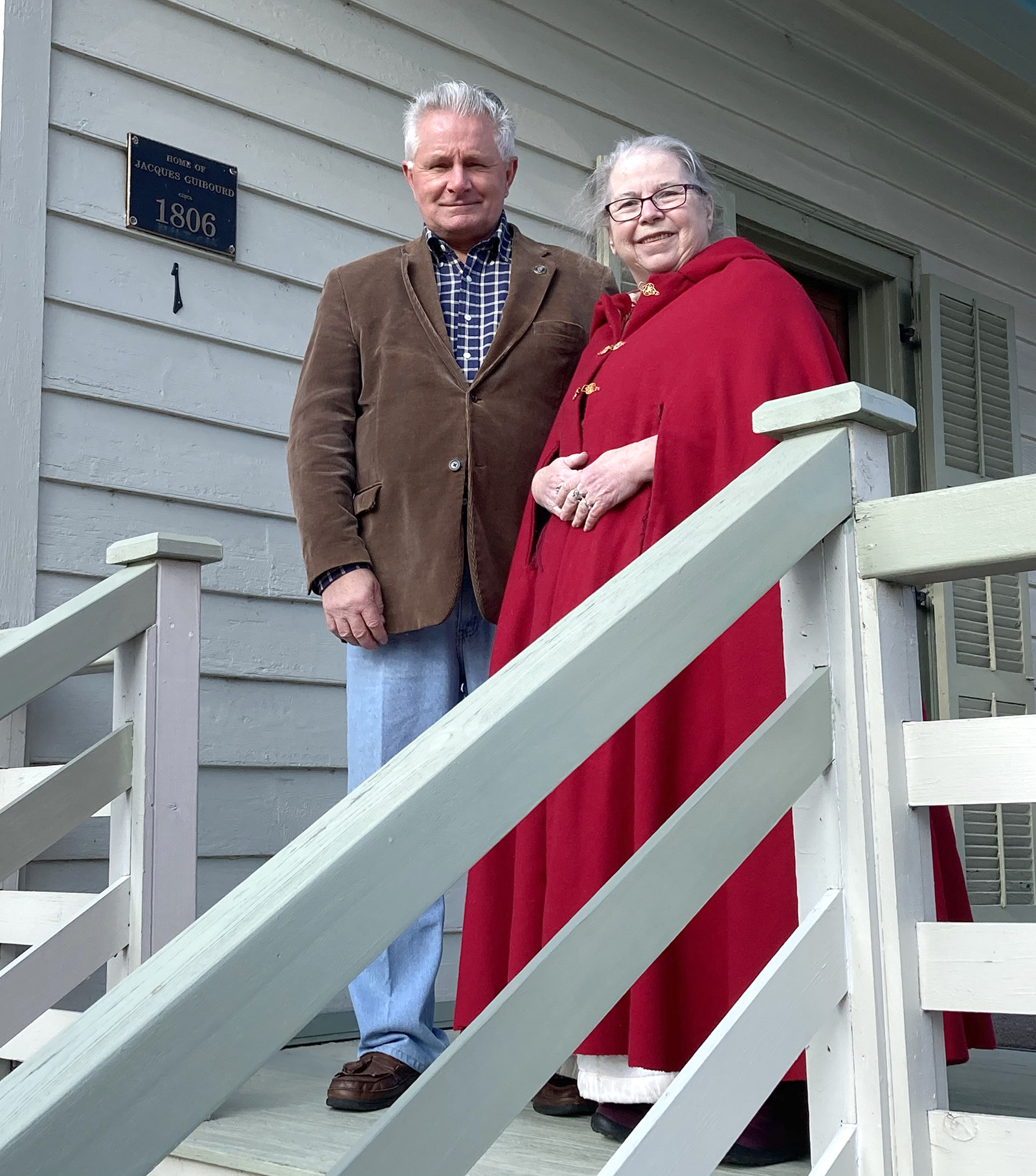 Dr. Paul Kovalski posed with Mickey Koetting on the porch of the Guibourd-Valle House before Koetting led a tour of the 1806 home, one of the historic structures open for touring in Ste. Genevieve.