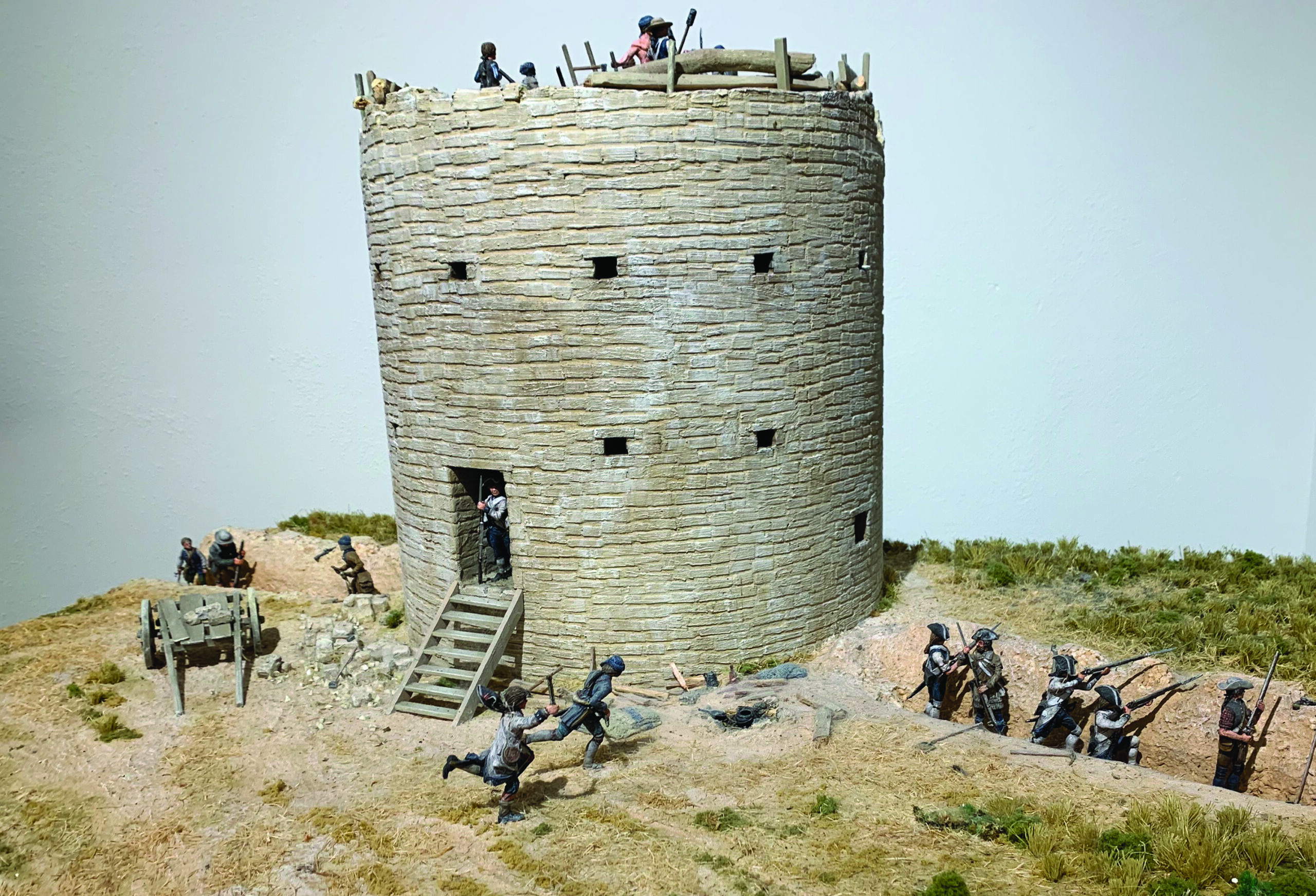 French Colonial America (FCA) unveils “Saving St. Louis,” an exhibit explaining the role of the 60 militiamen who traveled upstream and were instrumental in thwarting the British attack on May 26, 1780, opens at 10 a.m. on Saturday, May 8 at the Centre for French Colonial Life.

Militia and living history specialists will be on site for the opening and every Saturday throughout the summer.

The “Saving St. Louis” exhibit features original and reproduction weapons and equipment used in this region by both French and Native American peoples during the late 18th century. Additionally, militia reenact and professional photographer Ronald Rayfield recreated scenes of the 60 Ste. Genevieve fighters at the battle to help visualize the story.

“It may come as a revelation to many visitors, even those who are familiar with the American Revolution, that the story of the Battle of St. Louis and the role played in it by citizen soldiers from Ste. Genevieve, is not as commonly known as it deserves to be,” FCA Executive Director Geoff Giglierano said.

The Centre for French Colonial Life is the museum building and entry point for FCA’s historic campus. The campus also offers hourly guided tours of the historic Louis Bolduc House (circa 1788) and Bolduc-LeMeilleur House (circa 1820) and grounds as well as the “Hands-On History” program at the Beauvais-Linden House (circa 1820).

The campus is owned by French Colonial America, a recognized 501(c)(3) not-for-profit.

May 8 activities also include “Tunes, Tomahawks & Tours,” with live music, tomahawk-throwing and activities at the Linden House from 11 a.m. to 3 p.m. Admission is $3 cash only.

The Centre for French Colonial Life will be open Thursdays, Fridays, Saturdays, and Mondays from 10 a.m. to 5 p.m., and on Sundays from noon to 5 p.m. It is closed on Tuesdays and Wednesdays until further notice. Admission for the exhibit is $5 per adult, $3 for children, and free to military members with an ID. The Centre for French Colonial Life is located at 198 Market Street in Ste. Genevieve, Missouri. Ample free parking is available behind the facility.