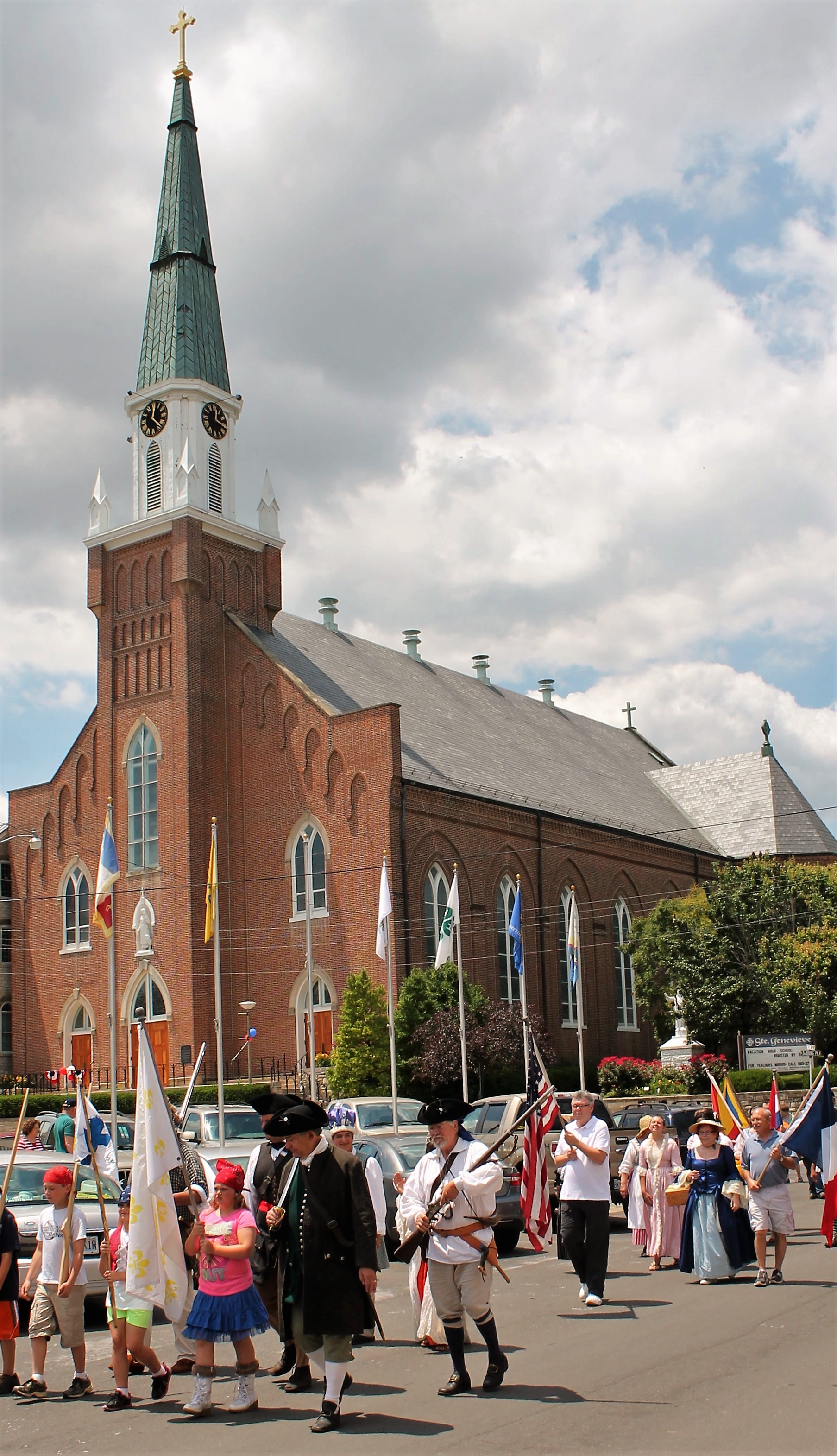 Add to My Trip:

The French Heritage Festival is held each year in Ste. Genevieve’s National Historic District.  This festival celebrates 300 years of French culture in North America from Quebec to New Orleans and recognizes Ste. Genevieve’s status as having the greatest concentration of authentic French Colonial architecture that exists in North America. Early birds can enjoy a guided Audubon Bird Walk at 7am.  Opening ceremonies are conducted

on the steps of the Church of Ste. Genevieve at 10:30am, where Marie Antionette and King Louis XVI will make an appearance. French carols by the Ste. Genevieve Chanteurs, a salute by the Ste. Genevieve Milice, a traditional benediction, and a Grand Promenade through the historic district will follow. Throughout the day, festival activities center around the downtown including music, dancing, storytelling, skill demonstrations by re-enactors, children’s activities, French Colonial architectural tours, beer/wine and other refreshments. Live music concerts featuring traditional Creole music and fiddle playing by Creole Stomp and Dennis Stroughmatt et L’Esprit Creole are a major highlight of the event. In the evening, the Felix Valle State Historic Site will host La Veillee, a demonstration of traditional French dancing.

Sponsored by the Foundation for Restoration of Ste Genevieve.