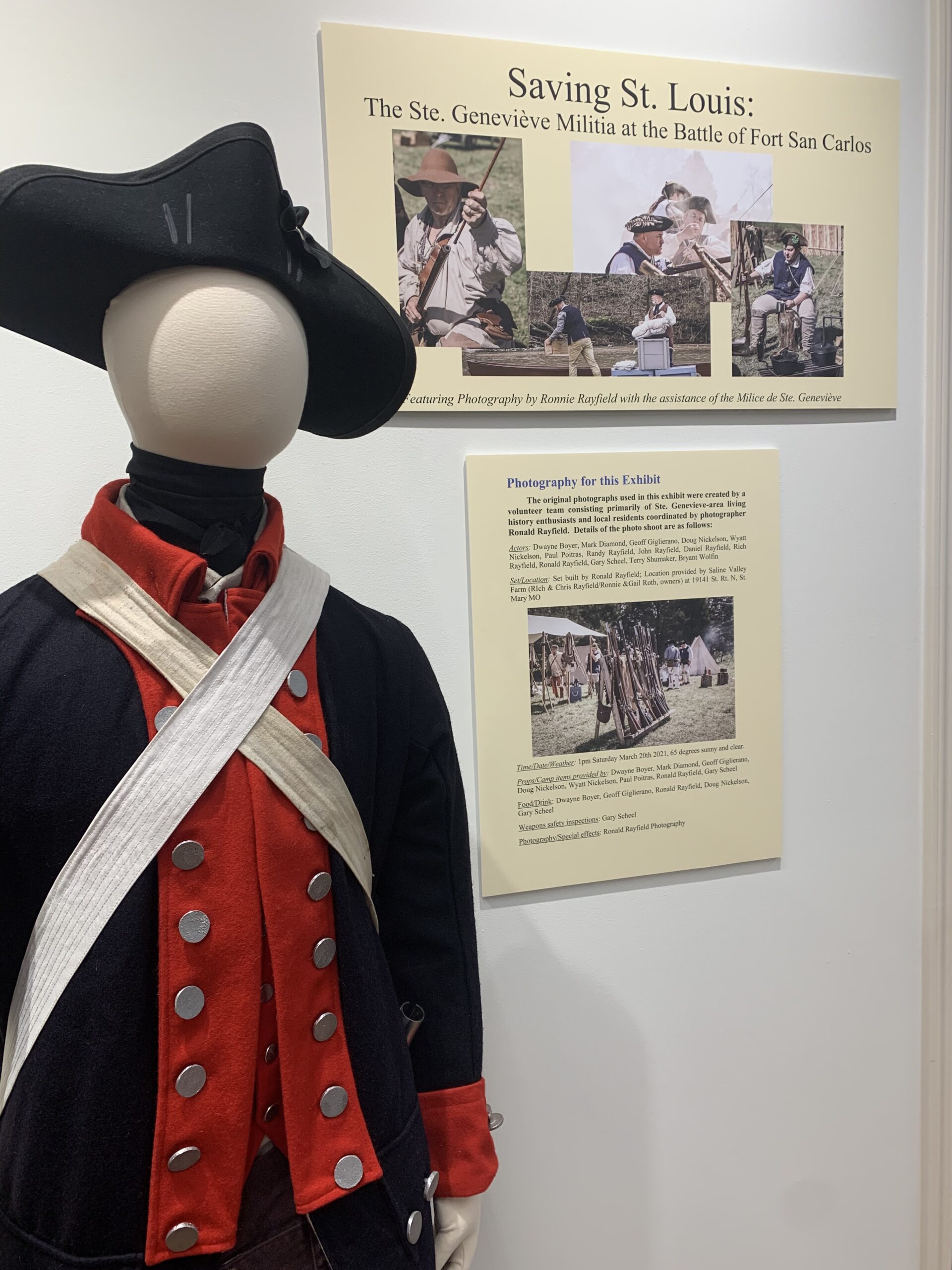 The Centre for French Colonial Life is the headquarters for the French Colonial America museum campus. This building houses temporary and long-term exhibits, the campus gift shop, and offices. Two exhibits are currently on display, Saving St. Louis and  Augmenting the Evidence.

Saving St. Louis is an exhibit explaining the role of the 60 militiamen from Ste. Genevieve who traveled upstream and were instrumental in thwarting the British attack on May 26, 1780 during the Revolutionary War. The Augmenting the Evidence exhibit features original items used in this region by both French and Native American peoples during the late 18th century.